Oxford Instruments plc, a leading provider of high technology tools and systems for industry and research, is holding its annual general meeting today in which the Chairman, Nigel Keen will make the following statement:

“In June of this year we reached the end of the period covered by our 14 Cubed plan. The Group achieved the targeted 14% return on sales and compound annual revenue growth of 11% over the three years.

Also in June we gave more detail on our strategic direction focusing on the ‘convergence of the sciences’ where scientific research and technological development is increasingly being carried out at the nano-scale where atoms and molecules interact, blurring the boundaries between the traditional sciences. This is particularly true for the emerging field of nano-bio where we are seeing crossover between the disciplines of physics and biology. This increases the addressable market for our products and allows us to leverage the Oxford Instruments brand and distribution network.

I would like to take this opportunity to again welcome our new colleagues from Andor. The integration process has gone very well thanks to the effort put in by employees from both companies and I am pleased to report that Andor is performing well with orders ahead of expectations.

The successful integration of Andor and recovery in the United States markets has offset continued currency pressure caused by the strength of sterling.

Today Sir Michael Brady retires from the Board. Mike’s technical and business skills have been a fantastic asset to the Group over many years and his wise counsel will be missed. I would like to take this opportunity to thank him for all his efforts. Also, I would like to welcome Sir Richard Friend who is the Cavendish Professor of Physics at Cambridge University, and who joined the Board on 1 September.

Current Trading
Orders for the year to date continue to be ahead of the same period last year on both a constant currency organic basis and as reported.

In addition to the growth generated by the Andor acquisition, we have seen order growth year-on-year in North America and Europe in both Nanotechnology Tools and Industrial Products. Asian markets have been more difficult with growth in Industrial Products and a decline in Nanotechnology Tools, particularly in Japan where we are detecting a shift in government spending favouring infrastructure over research and development in the current year.

Outlook
The good order intake in the first half of the year underpins our revenue projections for the remainder of the year. This means that we expect the second half weighting usual in the Group to be more pronounced than usual." 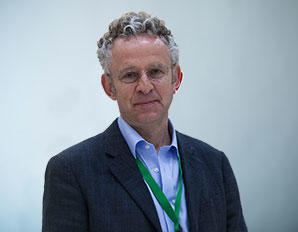