EDS in the scanning electron microscope is used to investigate multilayered polymers and coatings on polymer materials and analyse situation where these coatings fail. In the example, the coatings are imaged by using EDS mapping and ‘fingerprint’ spectra are shown to show the difference in the chemistry between different layers.  When comparing the results of the control vs the defective film, the SE images show a much reduced top (bright) layer in the defective film. The EDS reveals the detail of what has happened. The PET layer is reduced as shown by the thinner region of oxygen. The protective varnish layer is missing as shown by comparing the layers visible in the control for Si and Cl and their absence in the defective film. 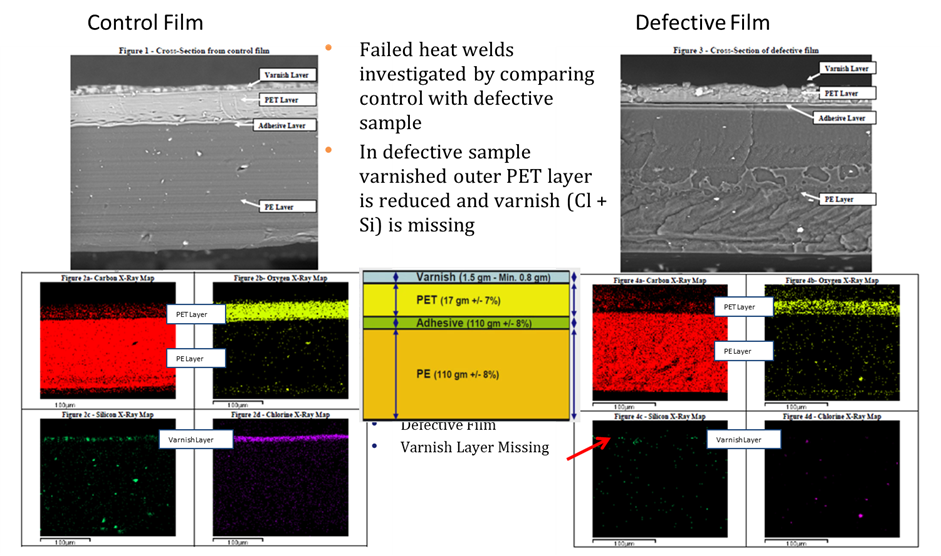